Picture it now: you’re hopping in the shower, turn on the water, and start to move around. What happens next is such a common thing – the shower curtain attacks you! It clings to you and you only, not the tub or the side of the shower. This can be such an annoying situation and one that you probably want to be rectified. There are many theories as to why this happens, but all agree that it’s a frustrating issue!

There are a few leading theories as to why this phenomenon occurs, although some are more popular than others.  These are the most common and most researched hypothesis, but not the only that is out there.

We will go a little more in-depth about each of these hypotheses below, and the remainder of the article will help you determine the best way for you to fix your attacking shower curtains. Each of the following theories is somewhat similar, but even scientists cannot always agree on what causes this annoying attack. 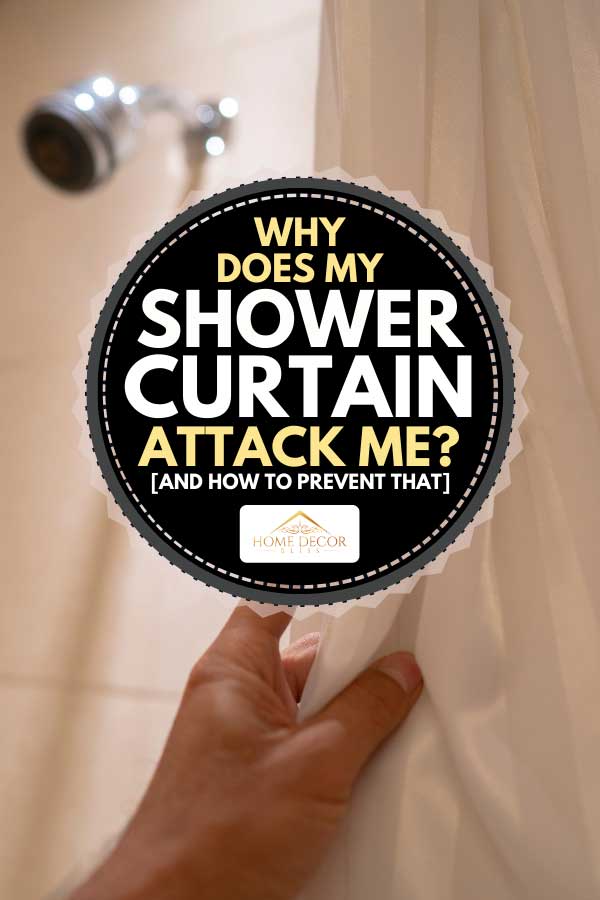 Why Does My Shower Curtain Attack Me?

While it sounds quite complicated, the Bernoulli effect is the most widely accepted theory and is not that complicated. In short, it states that the water expelled by the shower forces the air around it to travel in the same direction as the water, making it go parallel to the shower curtain. There is also air moving inside the shower curtain. A pressure difference between the air outside and inside the curtain causes the pressure to drop and for the curtain to begin to shift inward. This is when you will get hit by the curtain!

In this hypothesis, the spray from the showerhead drives a small vortex with a low-pressure spot in the middle, which in return, pulls in the shower curtain.

Similar to the Stack Effect, there is an area of high pressure and an area of low pressure. When trying to equalize the pressure between the inside and the outside of the shower, the curtain is pulled into the shower and towards the user.

Now that you know why these issues happen, you are probably wondering what you can do to solve these problems in the future. Keep reading to get answers to those questions and more.

How Do I keep my shower curtain from billowing?

The main ways to keep your shower curtain from billowing are to use weights or magnets or to invest in a curved curtain rod. There are also a few other options that may help you if you are having trouble with your shower curtain.

If you have a metal tub, you can purchase magnets to pin the liner and curtain to the side. This is similar to using weights in the liner or curtain. These simple magnets are an excellent option for this use.

They can be found on Amazon here.

There are also shower curtains that automatically come with magnets and weights built into them. This is an excellent option for someone that wants less of a DIY option but still needs the weights.

This one can be found on Amazon here.

Another option is to use binder clips and suction cups to attach to tubs that are not metal. Put the suction cups near the base of the liner or curtain on the tub, attach bulldog clips to the bottom, and then force the hole of the clip around the nub of the suction cup.

This is a cheap and easy DIY way to fix your shower curtain without having to get a new one. Suction cups without the hooks can be hard to find, but you can get this large pack online!

Find this pack here on Amazon.

If you decide to go for the weighted curtain or liner option, you can do the traditional magnets or weights like mentioned above, or opt for a heavyweight or heavy material curtain. This choice is excellent if you still want to pick a curtain that fits your bathroom style but won’t blow in on you.

You can find it here on Amazon.

And, if you decide to go with the curved shower curtain, we have a fantastic article that not only directs you towards picking the best-curved rod but also goes over the other benefits of using them. You can read all about curved curtain rods here.

How to make a weighted shower curtain

This option may be too complicated for some as sewing can take a long time, and not everyone has that skill. For a more uncomplicated DIY, one can use special clips, magnets, or weights.

An easy option is these BoomBa Shower Curtain weights. You can clip them on to any shower curtain you already have, meaning you can keep all of your current items.

You can find them here on Amazon.

Do shower curtains go inside or outside the tub? 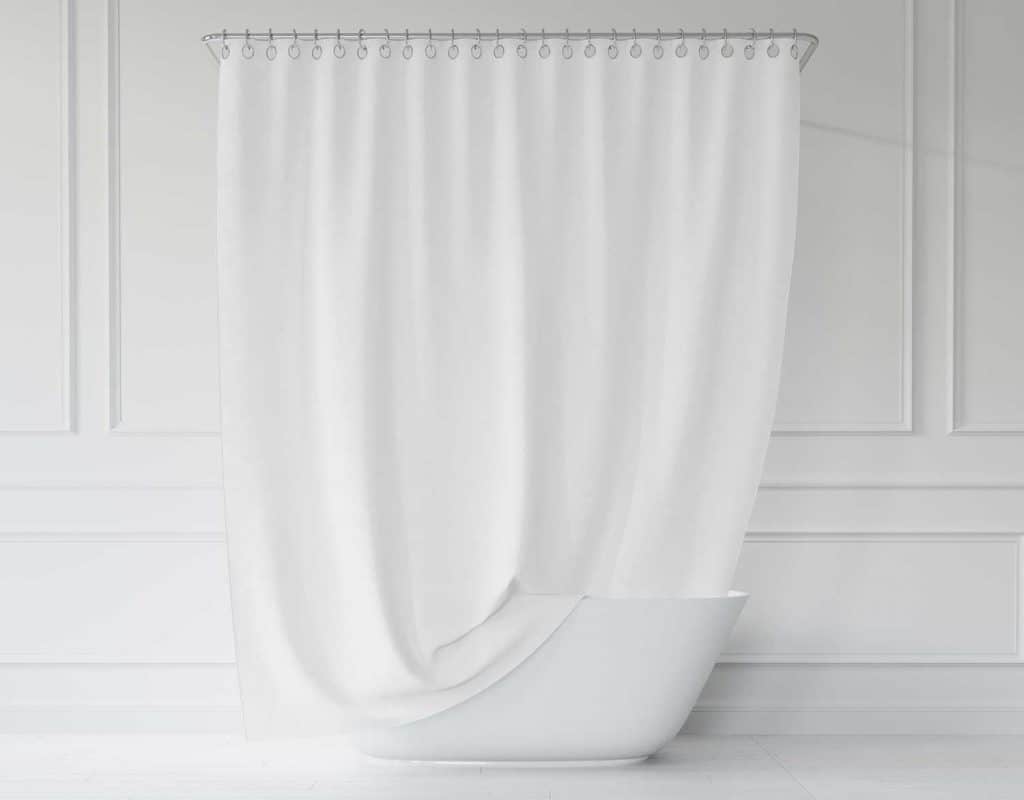 If you are using a liner and a curtain, the liner should go inside of the tub to keep all of the water inside of the tub, and then the curtain should go on the outside, to not get soggy. If you do not have a curtain liner, you can decide as if you want the curtain to go inside and get wet but prevent water from getting out, or going on the outside, but possibly allowing some water to get out.

While what you do can ultimately be up to you, getting a shower curtain liner allows you to prevent water from getting out. Don’t know if your curtain needs a liner? Check out our other article to help you answer all your questions about liners. You can find that article here.

If your shower curtain is attacking you, you are not alone. It is not something that you’ve done, but rather the science behind a shower. Many people struggle with this every day, but there are simple fixes so you can take a peaceful shower every day. The most straightforward options are to get a curtain or curtain liner with magnets or weights to keep the curtain or liner attached or held to the side of the tub. The other main option is to use a curved curtain rod to not only give you more room in the shower but to hold the curtain away from your body. There are other options as well, such as separate magnets and clips that can be added onto your curtain, sewing in weights, or DIY options like bulldog clips and suction cups.

Whatever you choose to do will depend on what is best for your bathroom and home, but don’t fret because there are plenty of options to fix this frequent problem.