Having a luxurious shower means that you get to enjoy the finer things in life. If you have a steam shower or an extra-large shower, you might need to install a shower bench to get that true spa experience. However, getting a shower bench added to your bathroom isn’t always easy. In fact, it can even be hard to place it. So, what does research say about the ideal shower bench location?

If you have a steam shower, then the best place to put your shower bench is near the shower sprayer. Smaller showers should have the bench across from the water source. Meanwhile, movable shower benches can be placed both inside and outside of your walk-in shower as you see fit.

Choosing the right shower bench can make or break your shower experience. At times, it can also change whether or not your shower is ADA-compliant. Reading up on the details will help ensure that you make the right calls on your new shower design, so be sure to keep reading. 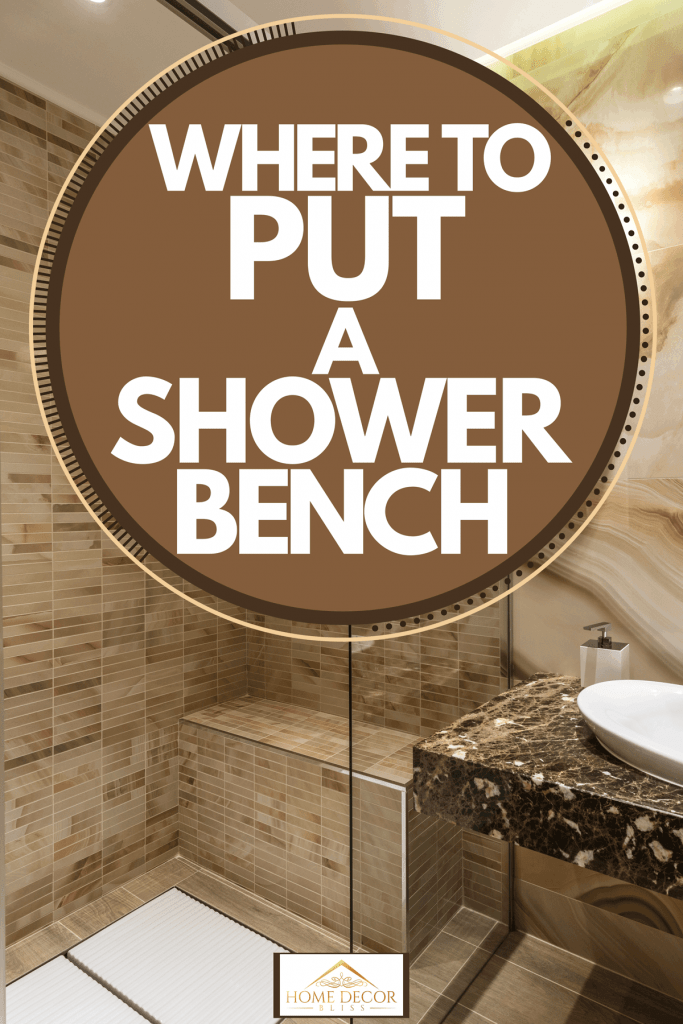 Where To Put A Shower Bench

Putting a shower bench into your home is a matter that is best done with consideration to the overall layout of your shower. Regardless of whether you have a large or small shower, the one constant requirement is that your shower bench should be near the shower’s water source. Aside from that, there are several classic places to consider:

Should You Put A Bench In Your Shower?

What Can You Use For A Shower Bench?

If you decide to get a shower bench, there are several ways to make it happen. It all comes down to the type of material and build you’re using as a shower bench. Figuring out which type of shower bench works best for you goes a long, long way. Here’s the scoop on each. 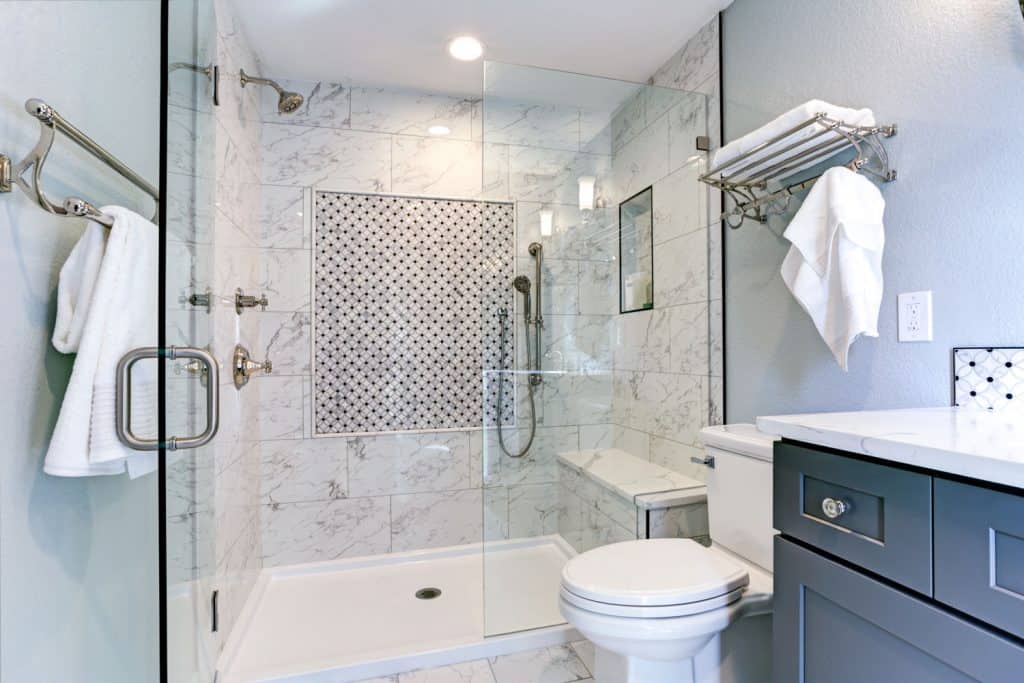 The most common way for luxury spas to incorporate a shower bench into their shower designs deals with adding it as a part of your shower’s build. This would include a process that would make a bench out of the same tiling material as your shower, often extending from a portion of your wall.

It’s worth noting that this type of shower bench tends to be the most expensive to add to a home. This is because it often requires a major bathroom renovation as part of its installation.

If you are concerned about ADA compliance, one of the easier ways to make sure your bathroom is accessible is to install a folding shower bench. These are often made of finished hardwood with metal accents. Like tiling, they often require professional installation in order to be safe and elegant in appearance.

Folding shower benches are often the best bet for people who have extremely small showers but still want to experience a certain amount of luxury in their lives. Since they fold up, they never take up too much space when they’re being used.

Click here to get a folding shower bench on Amazon. 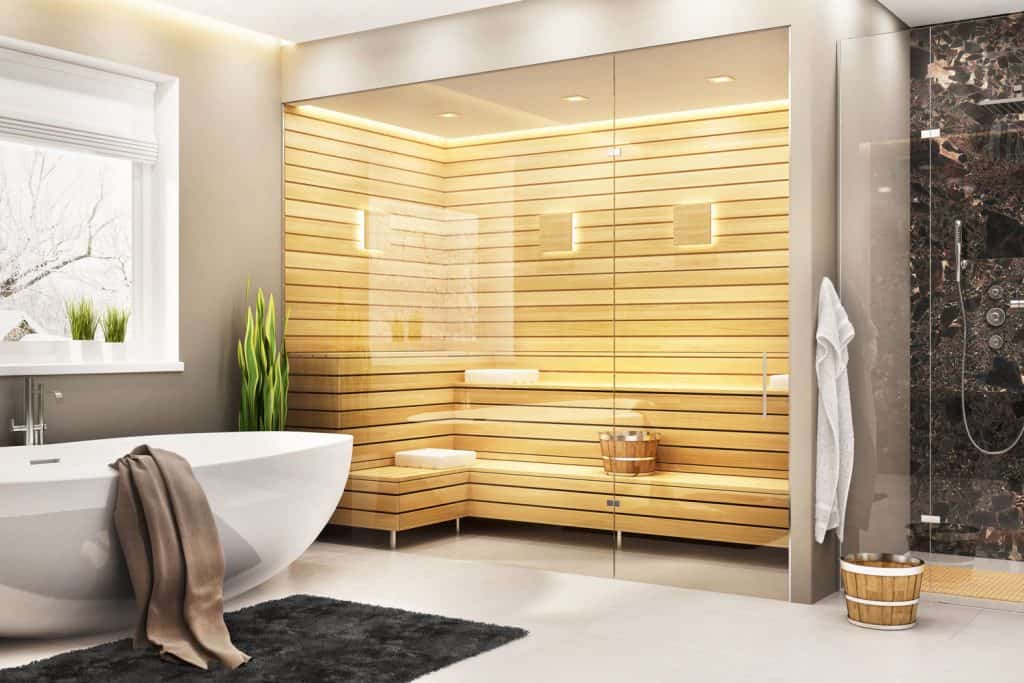 If you don’t want to hire a professional installer, then you may need to check out wooden shower benches. These can take one of two forms: a full bench that’s bolted into the floor or a bench that can be carried to the particular position that you want. Many of the more portable shower benches can be found in larger showers that take up entire corners.

People who aren’t 100 percent sure they want a shower bench should buy a small, portable bench just to see how they like them. This way, you can always just remove the bench if you don’t like it. Besides, their spa-like appearance makes them an instant hit in most bathroom layouts.

Click here to get a portable shower bench on Amazon.

If you love the idea of having a shower bench that offers flexibility in terms of location but don’t like the idea of using wood, you have another option. You might be able to find a stone or solid surface shower bench that has that same portability without the woody look. This tends to be a great choice for people who want to add a bold, unique look to their bathroom.

While it’s a great way to add a splash of modernity to most bathrooms, the truth is that this look is not for everyone. Moreover, the high price tag on this shower bench option can make it a prohibitively expensive upgrade. Moreover, if you have a poorly-reinforced shower pan, these may prove to be too much for the pan to handle. Let the buyer beware!

Click here for a solid surface shower seat on Amazon.

What Is A Good Width For A Shower Bench?

Shower bench widths can be as big or as small as you like. Many spas choose to add a bench that’s the width of their shower walls. Meanwhile, many homeowners prefer a corner bench that is just big enough to seat one. There’s no right or wrong answer here. As long as it makes sense for your shower’s needs, it should be a good measurement for you.

If you aren’t sure what width your shower bench should be, a little research often can reveal the truth. For example, if your bathroom is a smaller one, you might want to read about the best shower benches for small bathrooms. On the other hand, if you have a larger bathroom, a quick trip to the spa may help jog your imagination.

What Is A Good Height For A Shower Bench?

Though putting together an estimate on the standard size of a shower bench can prove tricky, figuring out the best height isn’t. Due to the way that shower benches are built, most of them will be between 17 to 20 inches in height. This is a good height for ADA-grade accessibility, and also gives most people a natural, comfortable sitting position.

How Much Does A Shower Bench Cost?

The price of a shower bench can vary greatly depending on how the bench is built plus the material it’s made from. To make things a little easier, it’s best to look at each major category of shower bench:

Installing a shower bench can be a great way to add a new layer of luxury to your walk-in shower. However, it’s not for everyone. If you’ve decided that you’re ready to include a shower bench in your home, you have a lot of planning to do. There are so many different ways to style your bench, not to mention materials that you should choose from.

When planning out the addition of a new shower bench, it’s important to take the size of your bathroom as well as the needs of the bathroom users into consideration. As long as you approach this addition with a little care, you should be able to find a shower bench that fits your shower like a glove.