The best foam density for a couch is somewhere around 1.8. This is the industry standard for couches and helps the couch last as long as possible without compromising on its feel and comfort.

Keep reading below as we answer more questions about foam density and explore the topic further. 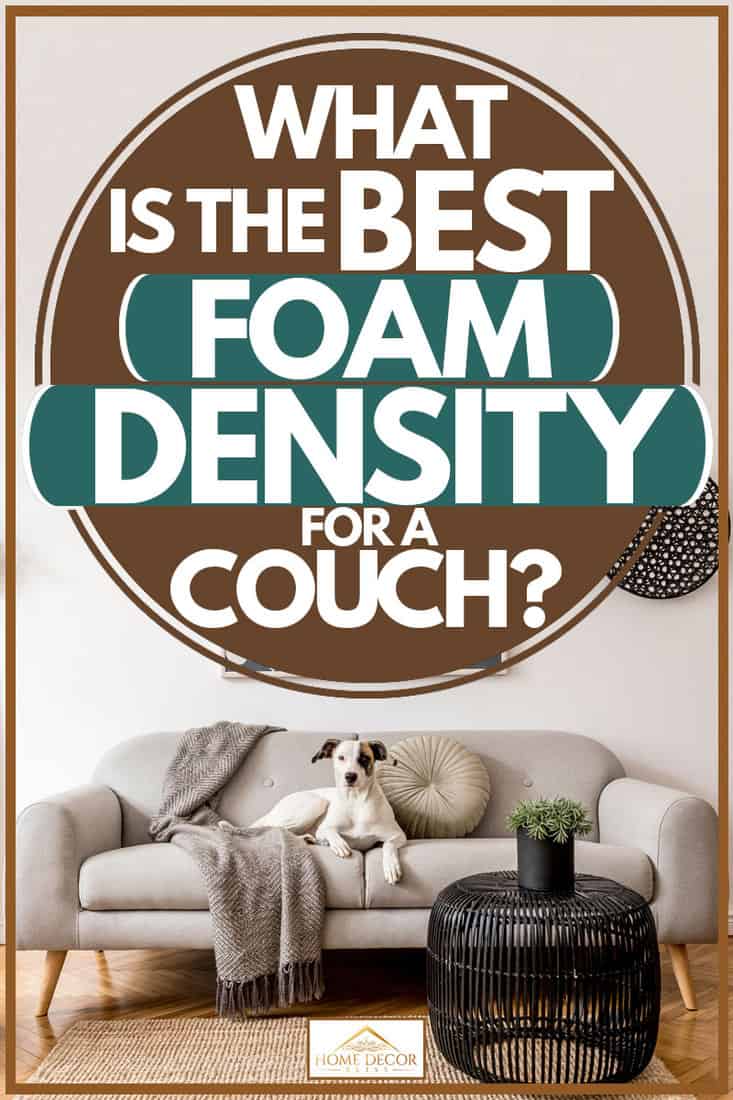 How Is Foam Density Measured?

The math behind this comes from dividing its weight by its width x height x length. We use this along with a cubic foot measurement to give us the density of the foam. This gives us a standard to work with to compare the densities of different cushions.

Density can also be broken down to mean the amount of foam in a cubic foot. After all, if something is dense it means there is more of it in a specified space. Compression is another way of measuring foam, and its definition is the amount of force it takes to compress it by a certain amount. 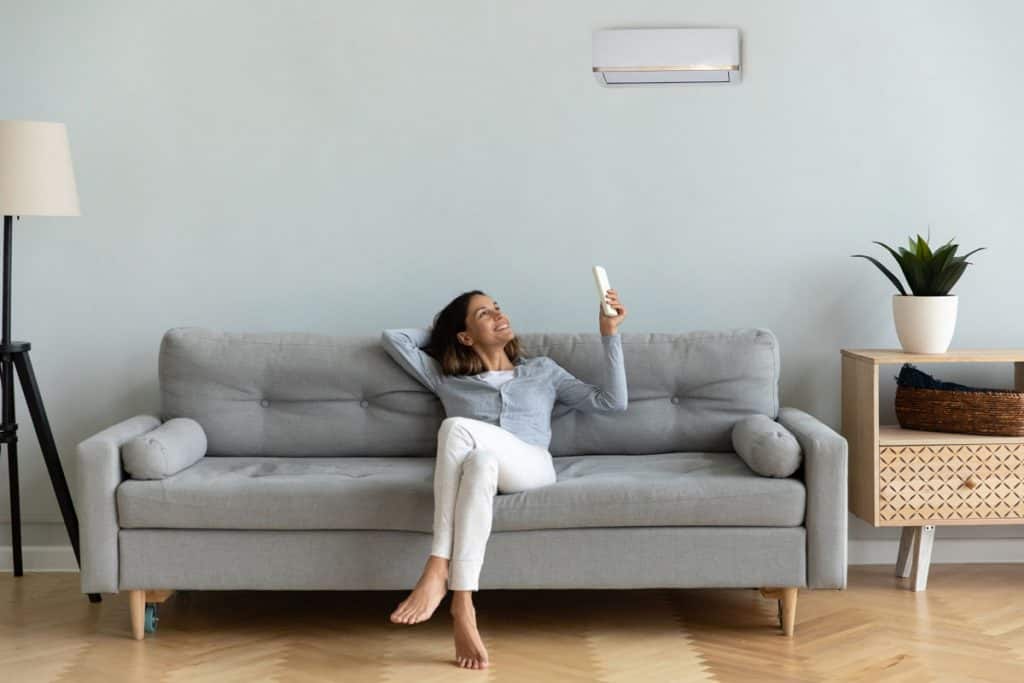 Yes and no. Good foam density will ensure your foam is the most comfortable for the longest amount of time. However, you can purchase high-density foam that is not made to be comfortable. It all depends on how the supplier made it.

When it comes to comfort you will want to look at who is making the couch cushion and not just what the density is.

What Is Considered High-Density Foam?

With the average being 1.8, high-density foam can be anything with a density rating of 2 and above. Most high-density furniture is within the range of 2-2.5. Generally, this is more expensive to make since it is denser, meaning more material is packed into the same space.

It does, but over time. When you first purchase a couch you will notice how much firmer it tends to be. After a few months, the couch typically softens up. Eventually, a couch will become too soft, which is when people typically opt to buy a new one. When a couch is too soft, it starts to crater where people sit because the foam is no longer expanding like it used to from years of use.

This usually happens because a foam’s density is low. With a higher foam density, this process takes much longer, which is generally a good thing. You may initially go longer with a firmer couch, but once it does finally soften up it will stay that way for a long time.

A couch cushion softens because its fibers loosen up and allow for more give when you sit down.

How Can You Soften A High-Density Foam Cushion?

If you recently purchased a couch and it seems to be much firmer than you imagined, don’t worry. Couches soften over time, so a brand new couch is going to take some use to soften. If you would like to speed up the process, make a habit of sitting on the cushions for a long time every day.

How Long Will 2.0 Density Cushions Last?

A 2.0 density couch can last anywhere from 5-10 years before it starts to become uncomfortable.

How Long Will 1.8 Density Cushions Last?

With this being the average density for cushions, you can expect them to last around 5 years. Most people who buy less-dense couch cushions end up having to repair them by stuffing them with more foam. To keep from having to do this for a long time, buy a couch with at least 1.8 to 2.0 density.

How Is Foam Made? 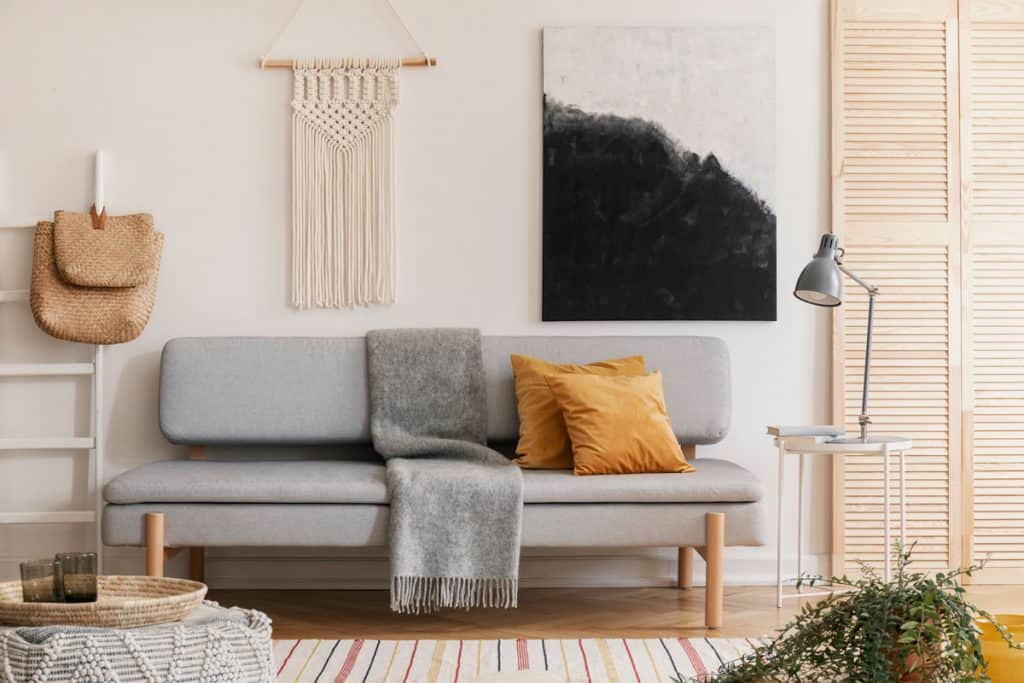 At this point, you might be curious about what this foam is actually comprised of.

Most cushions are made of polyurethane foam. A couch cushion, for example, is stuffed with this foam and zipped up to form the cushion.

So you can see how more dense foam costs more to make.

Is Denser Foam Warmer To Sit On?

Usually, yes. Since less-dense foam is airier, you can expect a high-density foam to better contain heat. Of course, this all depends on what kind of couch cushions you have, as the material will either keep heat to a minimum or trap it in.

If I Don’t Like My Cushion’s Density, Can I Change It Out?

To change out a couch cushion, you just need to unzip and remove the old foam, cut the new foam to size, and place it inside the cushion’s sleeve. Most cushion foam is sold in any form of density, but the actual thickness varies. You may have to stack foam on top of each other or fold a long piece on top of itself to match the cushion size. 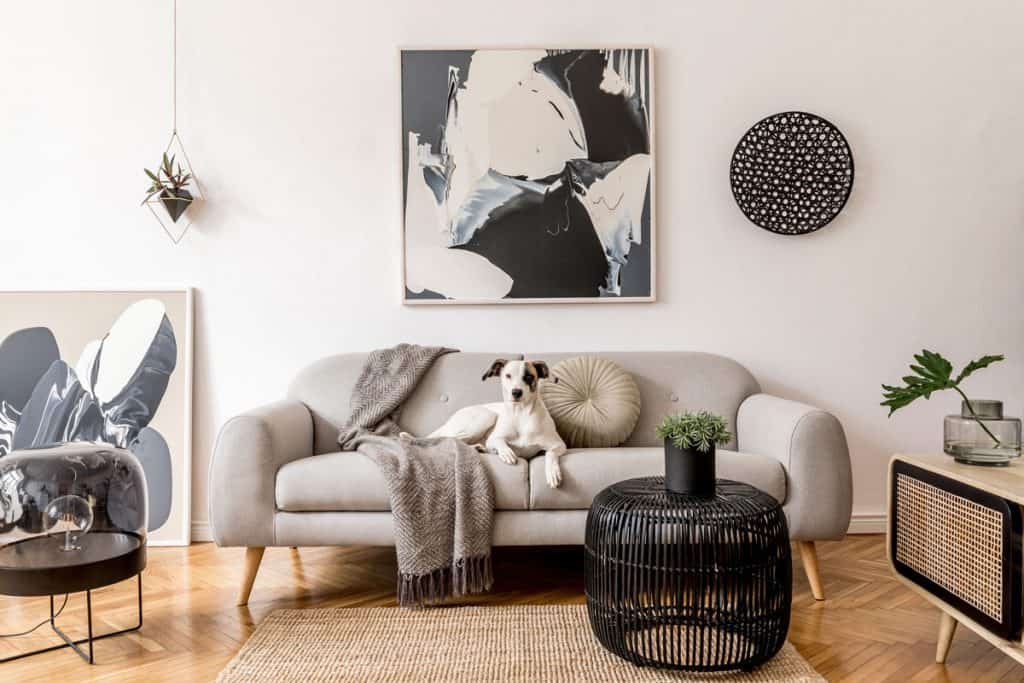 All in all, density is one of the most noticeable and important parts of a couch. To get the most life out of your couch, most people recommend getting a couch with a density of at least 1.8 or higher if you have the money to spend on it. More than likely you are going to spend a lot of time on your couch, so why not make it as comfortable as you can?

For more great home decor information, check out these other great guides:

14 Animal-Print Pillows That Will Bring Your Couch To Life

26 Ideas For Wall Decor Above Couch