Ceiling fans are in almost every single house. Moving into a house often requires you to bring your own appliances such as a refrigerator and washer or dryer. But no landlord has probably ever required their renters to bring their own ceiling fans. This begs the question-are ceiling fans considered appliances? For this article, we have done the research to find an answer to this question and more. 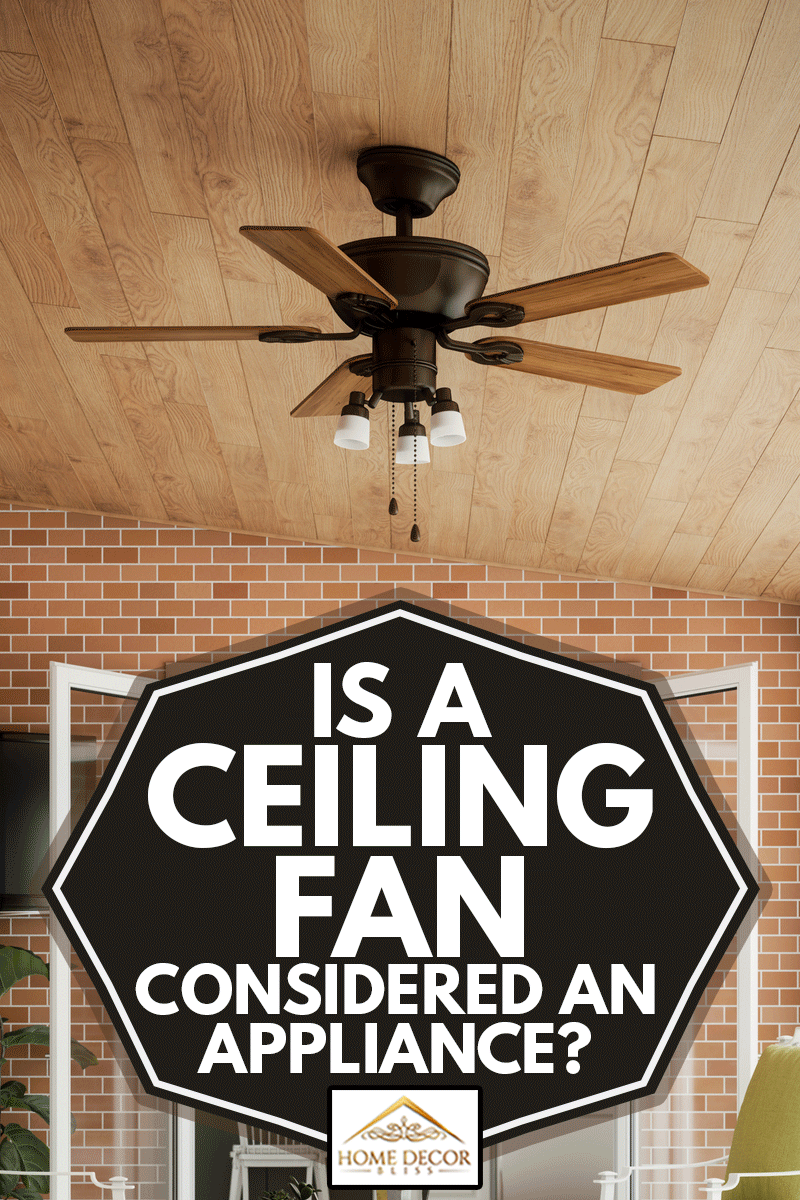 What Is The Difference Between A Fixture And An Appliance?

While these words may seem similar, each has their own unique attributes. An appliance is generally a device powered electronically and used for domestic functions. A fixture, on the other hand, is defined as a something fixed in place, permanent, and sold as part of the house. This is why we consider a ceiling fan a fixture—because they tend to fit the second definition better.

Do You Need An Electrician To Install A Ceiling Fan? 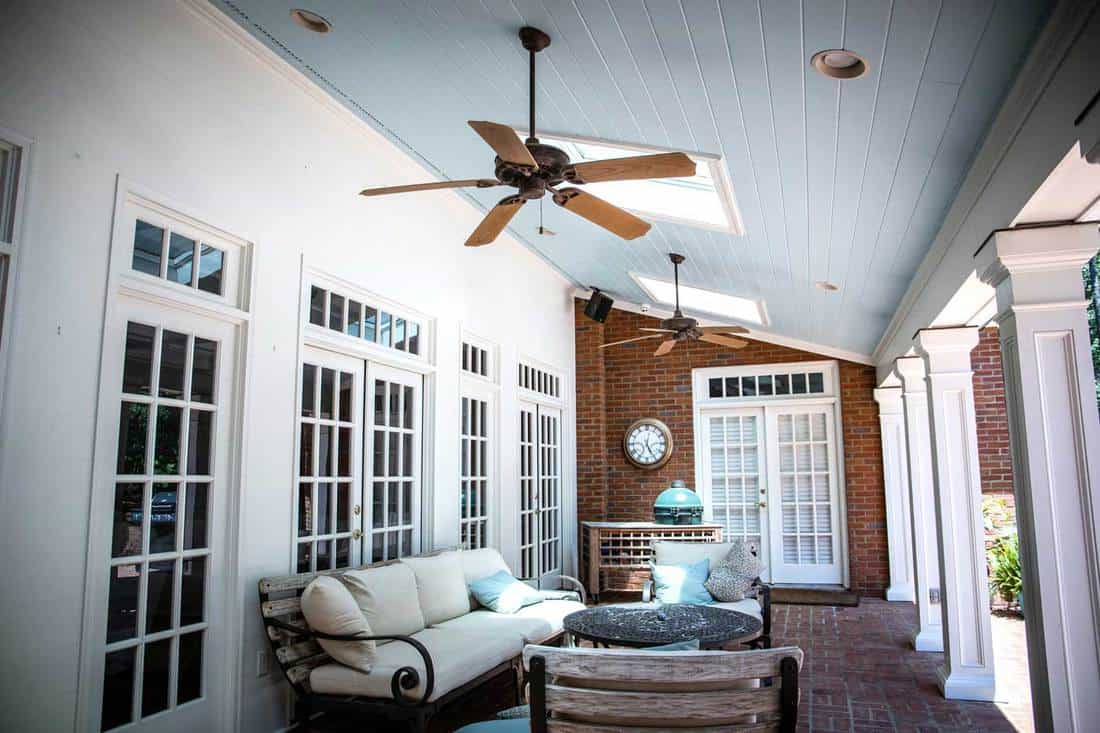 Installing a ceiling fan can be tricky and dangerous work. That is why we always recommend hiring a professional to install ceiling fans. The main reason it can be so dangerous is that you are working with electrical wiring. Not only can you be potentially shocked by touching the wrong wire, but knowing what to do is typically a complicated process. Wiring can be confusing, and this is not something you want to mess up.

How Much Does It Cost For A Professional To Install A Ceiling Fan?

Typically, installing a ceiling fan will cost about $246. This is the average price. This number takes into consideration smaller houses with simple fixtures and very high-end houses with tall ceilings and extravagant ceiling fans. You could pay as little as $50 for a tiny residential fan or up to $3,500 for a large, commercial fan. Keep in mind this is the price for the installation, not the fan itself. You will have to add on the price of a fan, which is usually more than the installation cost.

How Long Does It Take To Install A Ceiling Fan?

It usually takes about one hour to install a ceiling fan, depending on the type of fan and where it is. If your fan is being installed in an easily accessible spot, it will go by quickly. If you are installing a bigger fan or installing one somewhere high up, it may take longer.

Another factor is whether or not your ceiling is already wired correctly for a fan. If the required electrical wiring is not in the area you want the fan, a professional may have to spend more time solving this issue.

Can I Install A Ceiling Fan Where A Light Fixture Is? 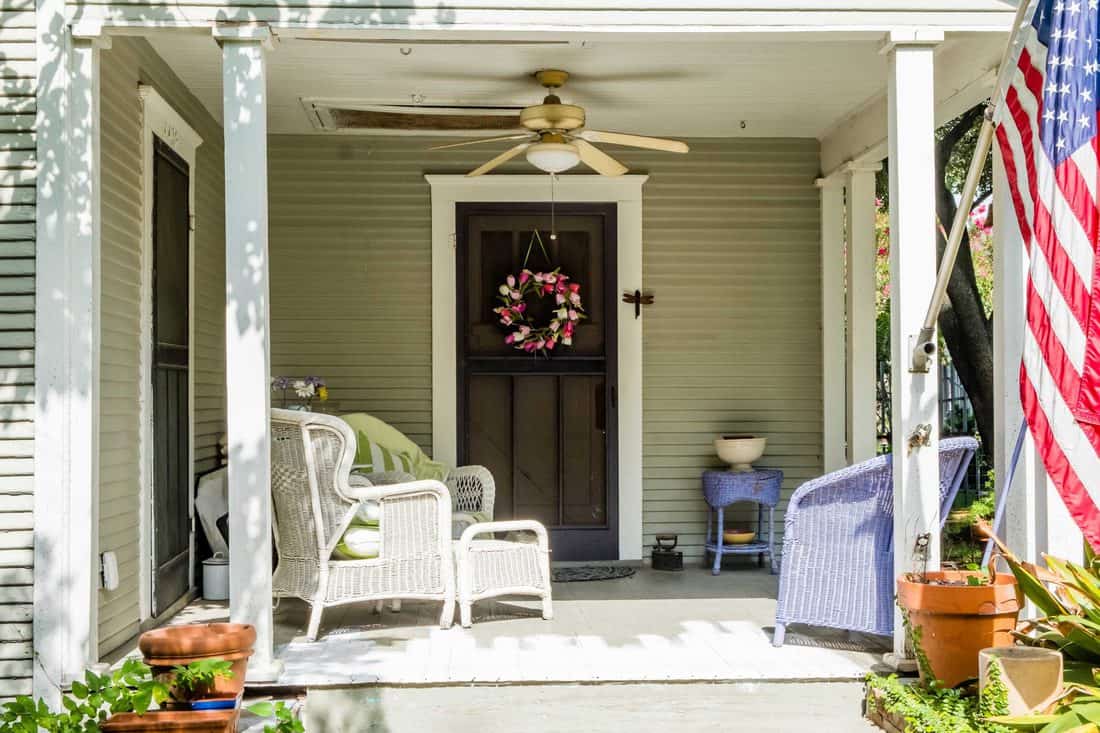 This all depends on how much weight your outlet box can hold. Because most ceiling fans are heavier than light fixtures, you have to make sure the ceiling can support a ceiling fan’s weight. This is because it would be hazardous if it cannot hold the weight, and you could risk someone getting hurt if it falls.

With that being said, you should have no problem installing a ceiling fan in terms of having the correct wiring provided a light fixture was already there.  Many times ceiling fans have lights on them, so they are just another version of a light fixture that also has a fan attached. This means changing one fixture out for another should not involve too much work.

How To Tell If My Ceiling Fan Will Be Supported?

If your fan is over 35 pounds, you are required to have it supported by an outlet box. This is not something that may typically be attached to an existing light fixture, so this may be an extra cost you will have to consider. Start by looking at how much your ceiling fan weighs, and then look for the support system in the ceiling for the light.

Depending on what fan you purchase, it may come with an outlet box or other support system. Of course, a professional should also install this as they will know how to do it correctly, and the whole point of hiring a professional is to make sure the ceiling fan is safely installed.

How Much Electricity Does A Ceiling Fan Use? 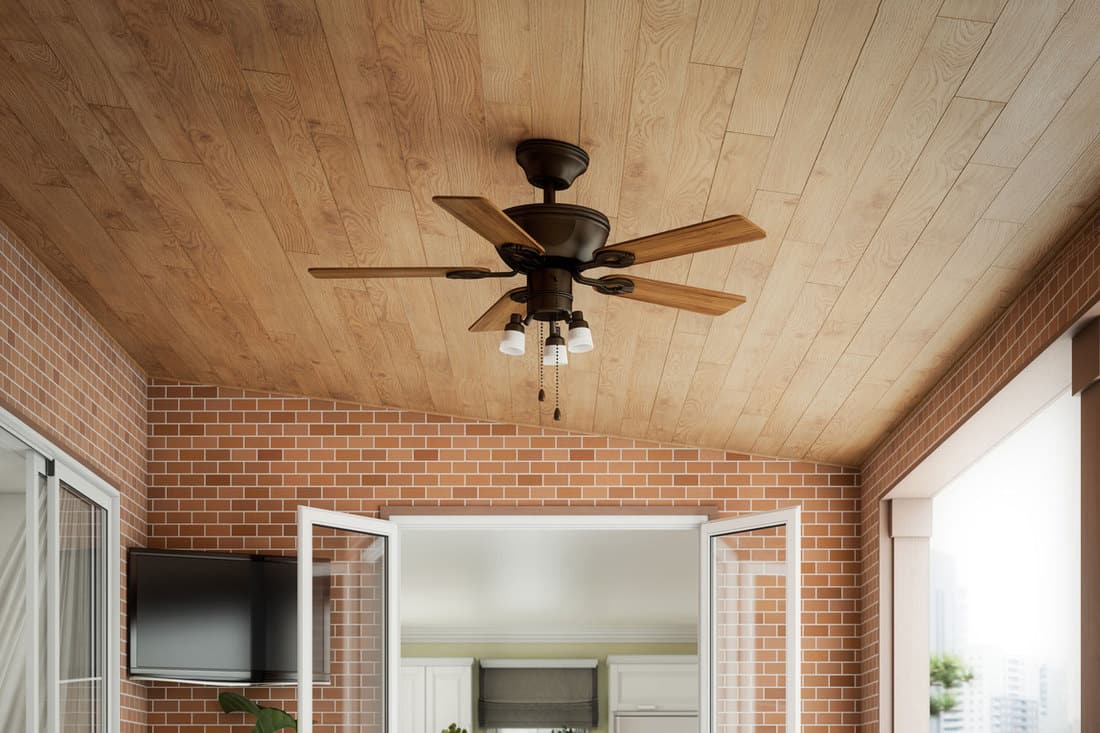 The average ceiling fan uses about 50-80 watts. This is equal to about one cent per hour. If you left a fan running non-stop all year, you wouldn’t even spend $100! Now that is cheap!

This amount of watts you use per hour depends, of course, on the type of fan you have and what speed it is on. If you have an older fan, it may not run very efficiently and end up costing more than you thought. On the other hand, if you purchase a low-power fan, it can end up saving you money in the long run.

The speed of a fan can drastically change the cost of your electricity bill. Leaving a fan on low all day versus high all day can cut the cost in half. Leaving your fan at a lower speed and only turning it on when you need it are great tips for saving money, even if it is just a few dollars.

We always recommend hiring a professional to install your fan, even if you are just replacing a light fixture. This will save you a potential trip to the hospital and ensure your fan is secured, so you and your family do not have to worry about anything falling out of the ceiling. If you are in the market to purchase a ceiling fan, make sure you do your research and hire the best handyman possible.

Are you interested in learning more about ceiling fans? Check out this article: Should The Ceiling Fan Match The Ceiling Color?

Looking for some at-home crafts to take on at home? Here’s your next project: How To Paint Ceiling Fan Blades? [5 Simple Steps]