If you’ve noticed lately that your toilet doesn’t seem to flush as well as it used to, it’s not just in your head. Toilets really can lose their flushing power, and you may be noticing a real problem that needs to be addressed. We’ve checked with plumbing experts so that you can get your toilet back to its old flush pressure. In no time, you can return your bathroom to business as normal.

Most commonly, when a toilet loses flushing power, it is because:

These everyday issues are an easy fix that most homeowners can handle themselves. Other less common problems include a broken fill valve or a clog in the vent system. While less prevalent, these scenarios will require the skills of a professional plumber.

Read on to learn more about each scenario: how to identify each one and what to do about it. This article will also let you know when you throw in the towel and let a plumber step in. Here’s a hint – it’s after the famous last words, „I think I can do this,“ but before you flood the bathroom! Finally, we’ll end with an ambitious DIY project – turning your toilet into a power flush system. Who doesn’t like more power, right? 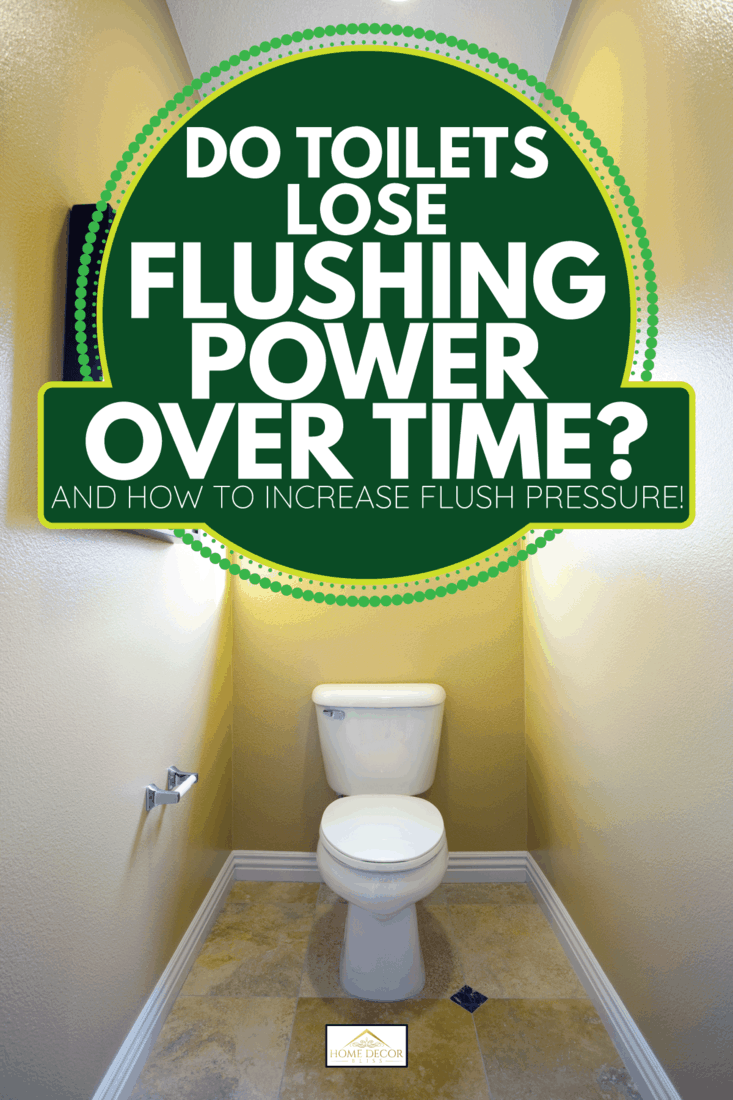 If there’s a complete clog in the waste pipe, it’s immediately obvious. The waste can’t flush away, and instead, the water in the bowl rises. It’s clearly time for a plunger.

But, sometimes, the clog is only partial, and then it’s a little less noticeable. The toilet still flushes, and the waste still goes down. But, if you pay attention, you might realize that it drains slowly. Perhaps the flush is weak, or maybe it takes more than one flush to clear the bowel all the way.

If this is your problem, then the answer is the same as a full clog. In other words, you need a plunger. A style like this is the most effective plunger:

If the clog is too severe or too deep to reach, then try a toilet snake such as this one:

Click here to see this toilet snake on Amazon.

There’s a small hole in the front of the toilet bowl called a siphon jet. With every flush, the jet releases water at an angle, forcing the waste down into the trap. Over time, deposits of calcium or other gunk can block this hole. This means less water can pass, and there’s less force to move the waste.

If this is the problem, you just need a good cleaning. Find a small brush that fits in the hole. Then, use the brush and an acidic toilet cleaner to break down and remove any build-up in the way.

Similarly, there are also rim jets along the sides of the bowl. If these are blocked, first, plug each jet with some plumber’s putty. Pour your acidic toilet bowl cleaner into the toilet tank in the overflow. Let this just sit for a few hours and dissolve any accumulations. Remove the putty and flush several times. Then, use a scrub brush to clean any remaining deposits on the jets.

Problem 3 – Water Level Is Too Low

Next, check the toilet bowl. If the water level in the tank is fine, but the toilet bowl is low, it typically indicates a broken or leaking fill valve. This means you’ll have to check the fill valve for leaks and probably replace it. This isn’t always an easy DIY project – if you aren’t familiar with toilet repairs, call a plumber. 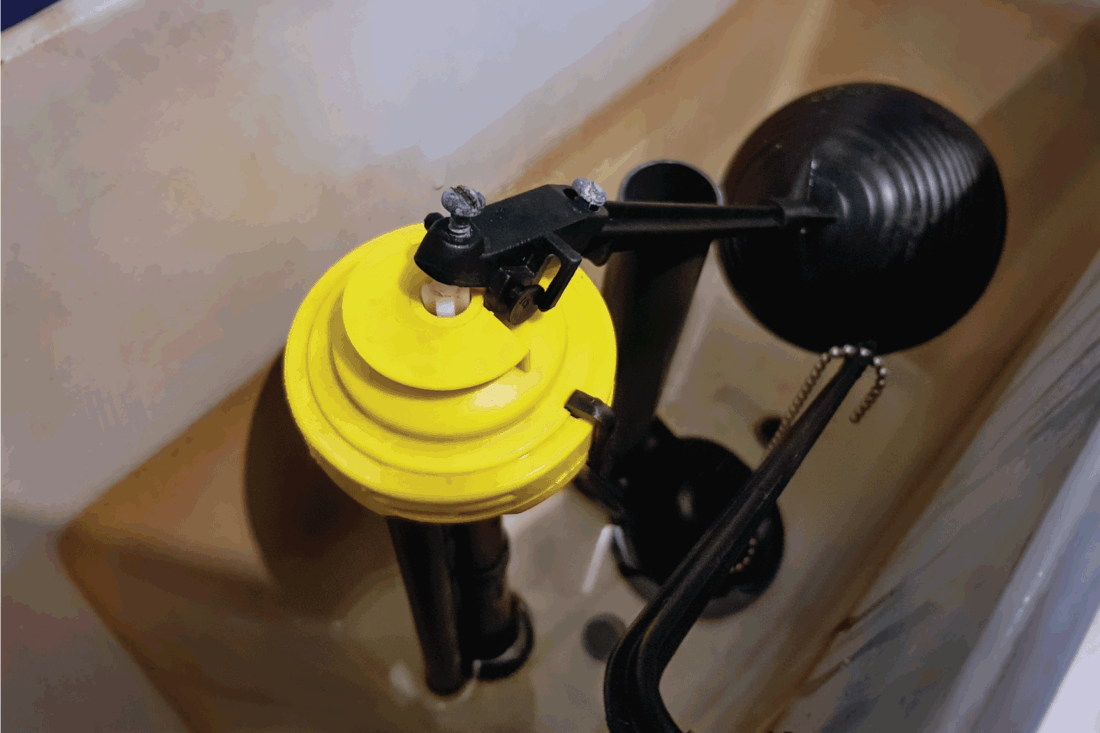 If the water pressure is too low, the toilet is unable to flush properly. It can also lead to the first problem mentioned, a clogged waste pipe. Less water pressure results in an inefficient flush.

Just like with a low water level, a leaking fill valve may be the culprit. It can also be due to the flapper not sealing. This may be the right time to utilize a plumber’s services if you don’t know how to check these parts yourself for a problem.

How Often Should A Toilet Be Flushed When Not In Use?

Not flushing a toilet regularly can lead to an accumulation of bacteria. Legionella bacteria can, after only a few weeks, increase rapidly enough to cause a condition called Legionnaire’s disease. This spreads through inhalation, which means it can be hard to control. It’s a potent disease – one out of ten people who contract it will die. Because of this, it’s important to take the necessary preventative steps to eliminate this problem before it begins. 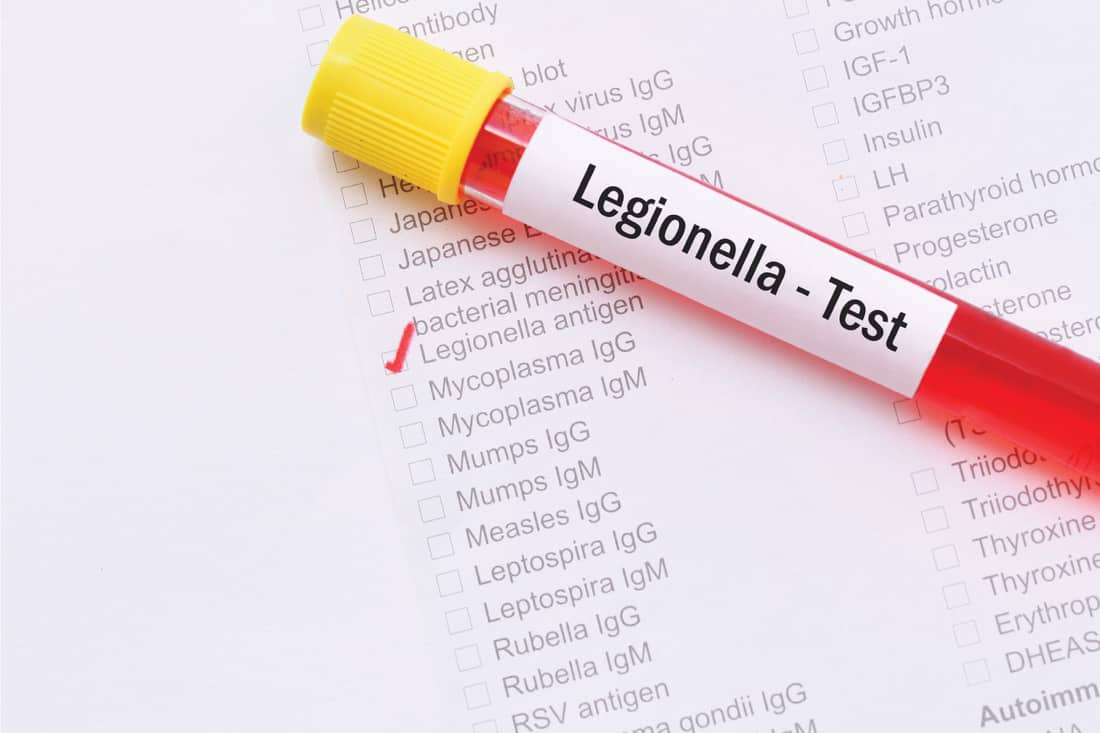 Once a week, turn every unused water source like sinks, showers, etc., up as hot as possible and let them run for five minutes. While the water is running, flush the toilets. Since bacteria might be present in this water, it’s important to be sure to avoid any spray. For example, close the toilet lid before flushing. Similarly, let the sink run at half-force for a while. This will allow the bacteria to wash away before you turn up the pressure, spraying water and bacteria everywhere.

If you regularly use the water in your house, you don’t need to flush these systems. You can just perform this task wherever the water is out of regular use, like a guest bathroom. However, you do need to flush every unused water source. It’s important to note that this isn’t just for toilets – if the sink or shower hasn’t been used for a week, run the water to remove bacteria from there as well.

Can You Convert A Toilet To A Power Flush System?

Most household toilets can be converted to a power flush system with surprising ease. Start by checking your water pressure, as this is the main deal-breaker. Close off the water supply line and disconnect it from the toilet. Put the line in a 5-gallon bucket, and let the water run for 30 seconds. If you’ve collected a gallon or more, a power flush system can work. If you have less, you have insufficient water pressure to meet this kind of toilet’s demands.

For the actual project, this helpful video guides you through the process.

If your toilet has lost its flushing power, it’s often due to one of a few simple problems. The waste pipe may have a partial clog, or some of the jets may be blocked with debris or build up. The water level in either the toilet tank or bowl may also be too low. Low water level or water pressure may simply require an adjustment to the tank float.

In other cases, water pressure might be low because of a broken or leaking part. A faulty fill valve or poorly sealing flapper can cause a toilet to have a weak flush. Unless you are familiar and comfortable making repairs, these projects may be best left to a professional plumber.

If you enjoyed this article, try:

Toilet Flange Too High; What To Do?

Should Bathroom Sink Match the Toilet?