One of the surest ways to strike fear into a homeowner’s heart is when water starts leaking, unexpectedly, from anywhere above. Nothing’s quite as terrifying as the question, „Where is that water coming from?!“ Except, realizing it’s from your bathroom exhaust fan. After all, everyone knows who to call if the roof needs to be patched, but what do you do when your fan leaks? The answer is actually surprisingly simple, and the problem isn’t anywhere near as serious as you might first guess.

There are two common reasons why a bathroom exhaust fan might leak:

Keep reading for advice on how to handle these problems and how to determine which one may be causing your leak. This article also covers tips for hiring a professional and how to select the right fan for your bathroom if your old one needs to be replaced. 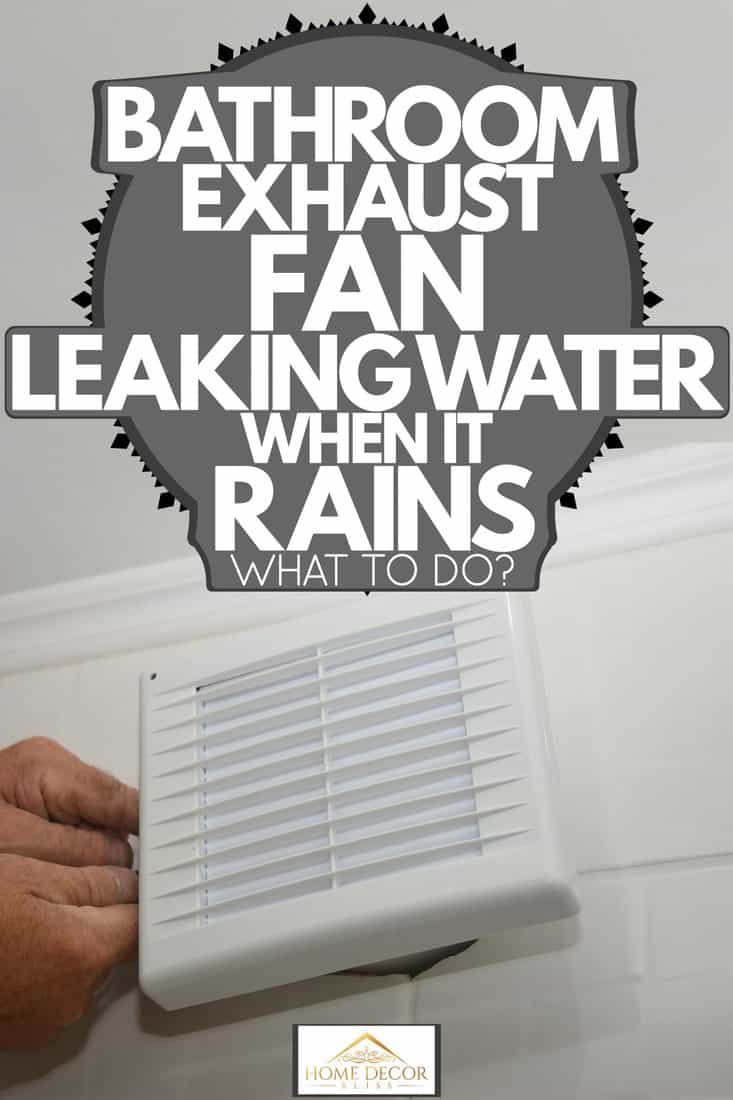 Condensation In The Ducts

If you suspect that the problem is condensation in the ducts, you’re lucky – this is much easier to fix than having problems with the insulation throughout the house. Chances are, your issue can be fixed with a little effort, or maybe even just by changing some basic habits.

Check out the damper opening from outside of the house. It should be closed most of the time. It opens only when warm air from the bathroom creates enough pressure. If it’s staying open more than it should be, or if it doesn’t seem to be sealing right, you need to replace the damper flap.

There’s a chance that the fan just doesn’t have enough power to do the job. Fans are given a rating that measures the air movement in CFM (cubic feet per minute). As a general rule, your fan needs to have a CFM rating that is greater or equal to the square footage of the bathroom. For example, a 70 square feet bathroom requires a fan with at least a 70 CFM rating.

Bathrooms larger than 100 square feet may require extra ventilation. Bathrooms with high roofs (greater than 8 feet) may also need a fan with a higher rating.

Even if your fan is strong enough, the location may not be ideal. A fan right over the shower gets the warmest possible air. This air almost immediately hits a much colder ventilation pipe, which creates extra condensation. If you can’t relocate the fan, at least try to wrap the ventilation pipe with insulation to minimize some of the water. 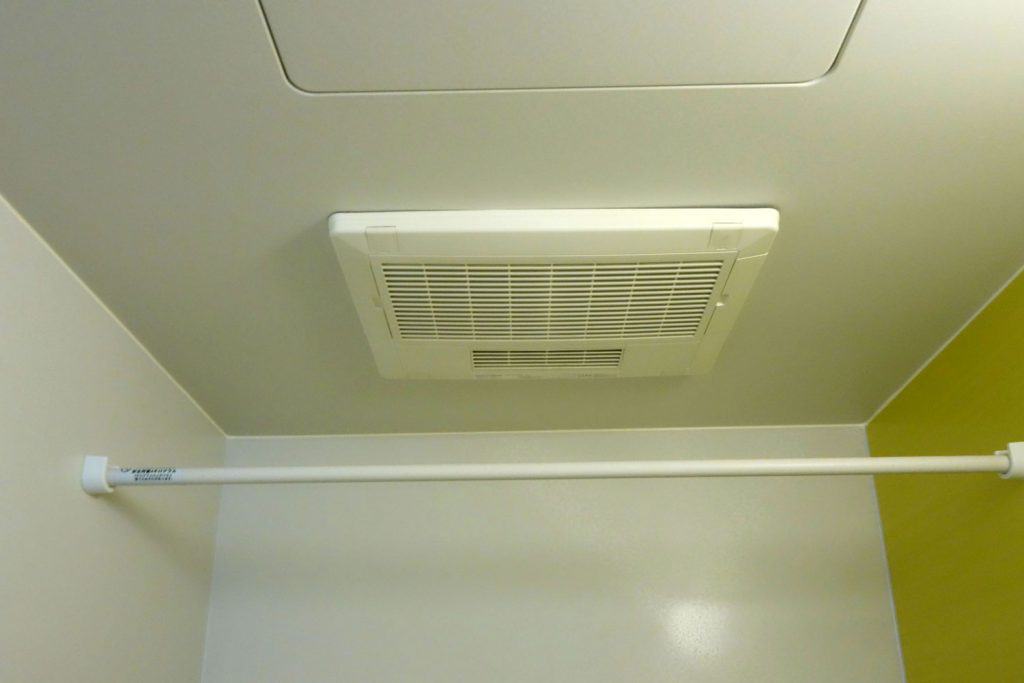 If this doesn’t help, you’ll need to have a professional relocate the fan to an ideal location. Or, if you already need a professional to install a more powerful fan anyway, this is the perfect time to change the position. The best spot is farthest from the shower, so the air has some time to cool down before being exposed to the cold outside.

Who Do You Call For Fixing A Bathroom Fan?

Most of the issues that might come up for a bathroom exhaust fan are a job for a licensed electrician. However, if you need to make any changes to the ducts or vent size, that will require an HVAC specialist. For this reason, the best solution is to try to find a company that can handle both (for example, an electrician with an HVAC specialist on the payroll). Be sure to specifically ask anyone you hire if they can handle both sides. It’s a real pain to get the job half done and have to find someone else to finish it!

Bathroom fans aren’t exactly pleasant to listen to, but they’re a necessary evil. If you have a habit of turning them off as soon as you get out of the shower, you may be the problem. There’s nothing wrong with the fan or how it works; you just aren’t giving it time to do the job.

It takes some time for all of the moisture to vent to the outside. Stopping the fan too early may let moisture sit in the ducts, where it will eventually leak back in. Be sure to run the fan for at least 15 minutes after a shower (and the entire time you’re in the shower, as well).

Should A Bathroom Fan Run All The Time?

While it’s important to always run the fan long enough to remove moisture, there’s no benefit to running it all day. It’s unnecessarily hard on the fan motor and will age it prematurely. It also wastes energy.

However, if you live in a newer constructed home, you may have a fan designed to run all the time. Or, at least, most of it. In newer homes, great insulation and air-tight design can lead to poor air quality. For this reason, mechanical ventilation is key. 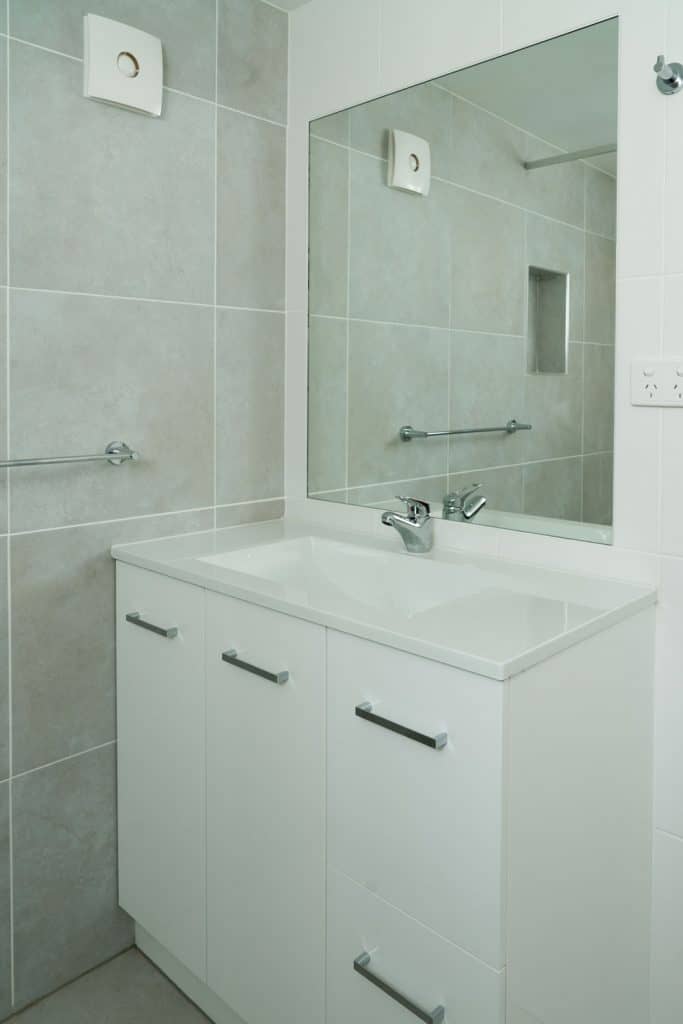 Continuous operation exhaust fans have been designed for this need. They run non-stop at a low speed (turning them on before you shower is actually turning the fan up – it’s never truly off). They’re designed to be reliable and able to take heavy use. They’re also made for energy efficiency. Because of this, it only costs a few dollars a month to run the vent non-stop.

Water On The Roof Leaking In

If you have an issue with water on top of the roof leaking in, you have a significant problem ahead of you. A number of things in your roof (insulation and vapor barrier, for example) are there to prevent exactly this situation. If something is failing, water damage will result. You’ll want to figure it out and fix it quick.

Poor Insulation In Attic Or Roof

The easiest way to tell if this may be the cause of your condensation leaks is to simply poke around a bit. If the attic is very chilly, it’s probably not insulated well. You may need to have a contractor come to evaluate the home for air leakage and add insulation.

If your home has moisture problems elsewhere, you’ve probably seen signs before. In this case, all of the ducts (not just in the bathroom) may be holding moisture. As a result, it’s easy to imagine how that moisture will eventually leak back out the obvious opening – the bathroom fan. Fixing insulation, as described above, will help the most with this problem.

However, until a better solution can be found (or if you just live in an area where humidity is always high), a dehumidifier may help.

This is a broad one, and it’s ultimately going to take a roofing professional to get to the bottom of it. You might have a problem with underlayment. There might be a vapor barrier put up wrong. Maybe the roof doesn’t have adequate ventilation. There are a lot of factors in roofs and a lot of things that can go wrong. So how to know if you should call a roofer?

If you have an attic, it’s fairly easy to tell if moisture is a problem. If not, you’ll just have to look as close as you can at the underside of the roof. Check for signs of leaks and water dripping. Look at insulation for warping or signs of water damage. You can also find a professional who offers thermographic imaging for a clear picture of your roofing issues. 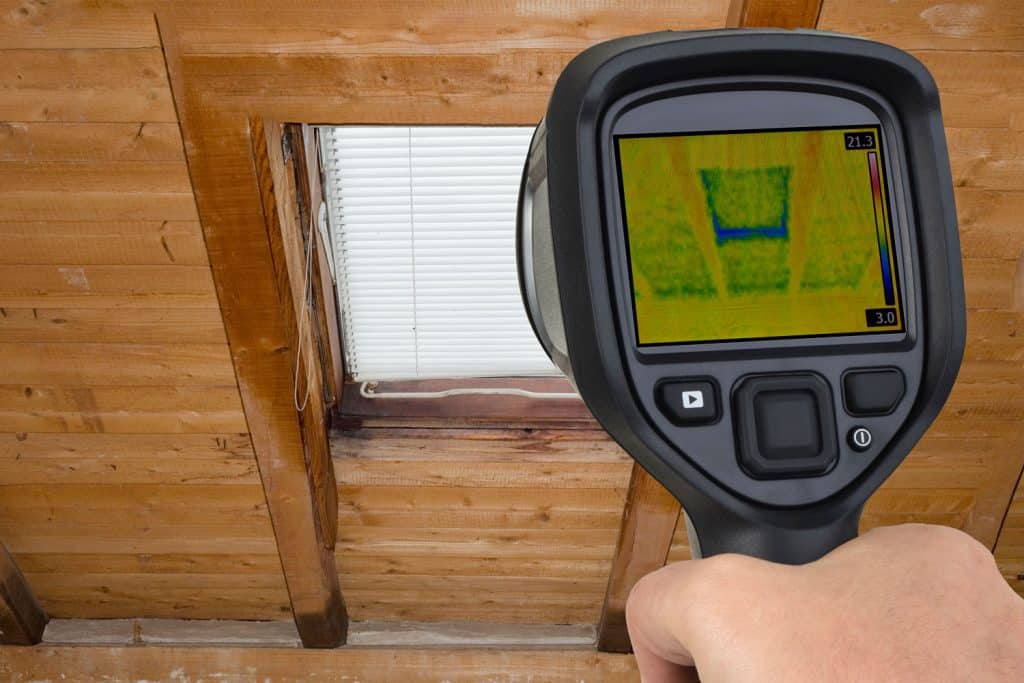 What Is Code For Venting A Bathroom Fan?

Previously, the code did not specify that exhaust air could not be vented within the house. As a result, older homes may have fans that vent to the attic and other less than ideal places. This can cause mold and other problems. Fans should always properly vent outside.

If your bathroom exhaust fan is leaking, it is most likely actually condensation in the ductwork dripping back through the fan. Causes include a malfunctioning damper or a fan that is too small or improperly placed. Poor insulation can also create extra moisture. A roofing leak or problem in the roof can also cause fan leaks. This will require the help of a roofing expert to assess.

How To Keep Your Bathroom Smelling Fresh [5 Awesome Ways!]

How Much Does It Cost To Renovate A Bathroom?